One of the biggest misconceptions about using a telescope is that you’re only able to use it late at night after the stars have come out.  This doesn’t have to be the case though, as there are opportunities to use your telescope before sunset, giving even the youngest astronomy fans a chance to use it before bedtime if you know when to look.

On the 4th of July, some friends and family gathered in a park about 8 pm to watch my towns’ fireworks and I brought my Astroscan Millenium telescope with me.  Sunset was at 8:57 pm and the fireworks were scheduled to go off at 10 pm, plenty of time for viewing, even if everyone else I came with had their doubts. Lucky for me I knew that the moon had already started to rise for the night and would be overhead well before sunset.

Along with my Astroscan, I also brought along the newest version of the HookUpz with me.  This product like its name suggests lets you to hook up pretty much any cell phone to the telescope’s eyepiece, even my giant iPhone 7 Plus.  By using the camera app I can share the skywatching experience not only on social media but with everyone who came with me. 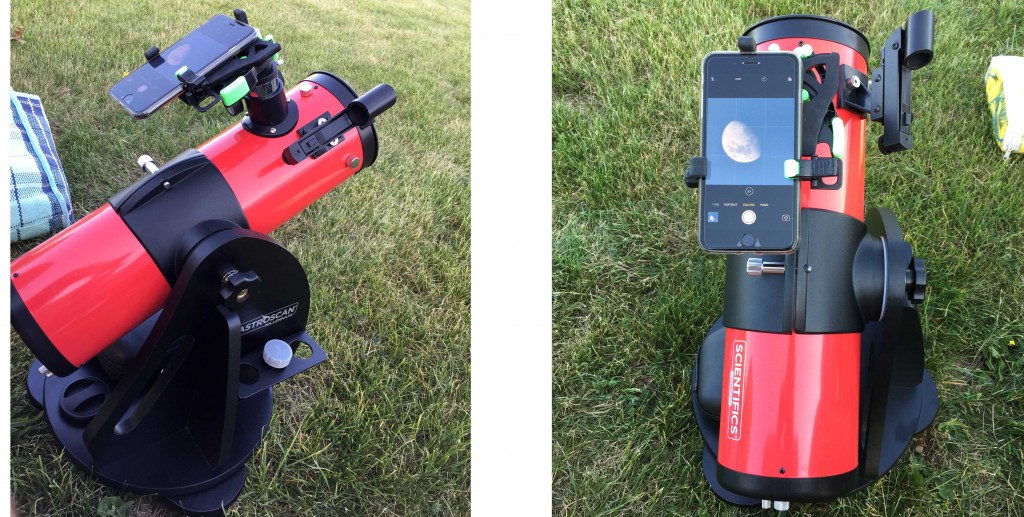 Shortly after we arrived at the park the moon was clearly visible above the tree line and I was able to get these shots using the 1x and 2x optical zoom features built into my iPhone.  The younger kids with us who never used a telescope before were fascinated at being able to see the Moon’s craters close up for the first time. 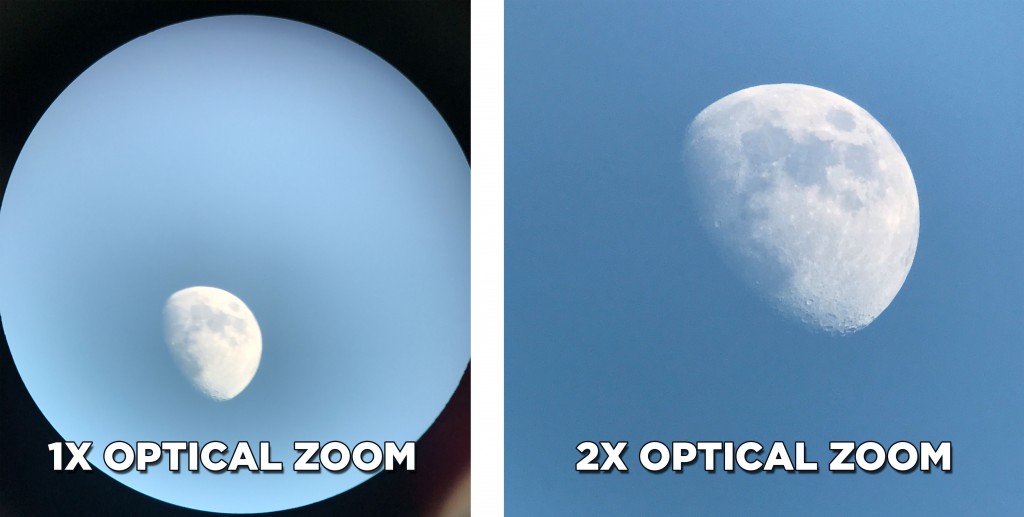 An unintended bonus of using the HookUpz is it really showcased to the kids (and adults too!) just how quickly the moon moves across the sky, something that isn’t as easily perceived by just the naked eye.  This clip in real time is only 4 and a half minutes in length, but I sped it up here for effect.

At about 9:30 someone noticed a reddish, orange spot that had appeared in the sky.  Everyone including me assumed it was Mars but looking at the object with the iPhones camera it turned out we were only half right.   As we started to use the digital zoom it became clear that it was two different points of light next to each other.  As it turned out it was both Mars and Mercury that had appeared after sunset.

In under 2 hours, we were able to view the Moon, Mercury, and Mars along with some other stars.  Having the Astroscan along added to the fun of going out for fireworks and had the kids asking when we can go out to look at the Moon again on the way home. 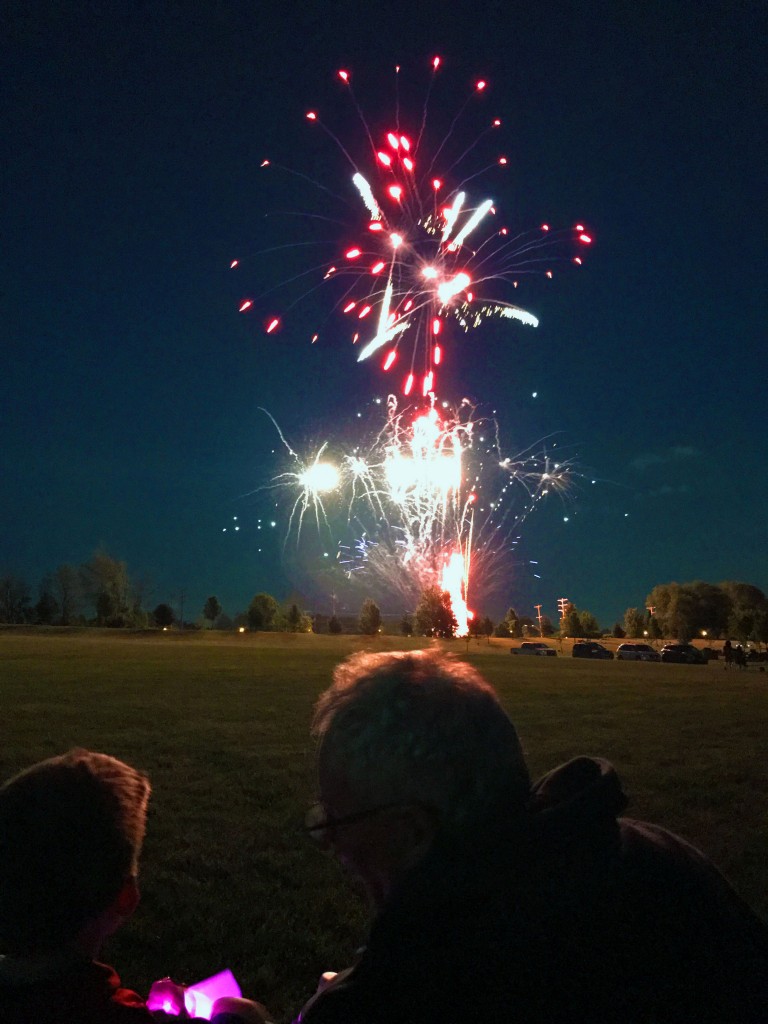