I swear, teens are the worst to shop for! They’re too old for traditional toys, and half the time they think they’re too cool for everything else. Plus, they’re getting smarter and learning more in school meaning it’s harder to find what challenges them.

When you’re finding the teenager in your life the perfect gift, you want to go beyond what they’re learning in school. Give them a gift with a challenge they’ll truly enjoy and keep them busy for hours to come.

Easier said than done. 100%. But that’s why I compiled this list of five gift ideas perfect for teens. Enough background, let’s get into it (in no particular order): 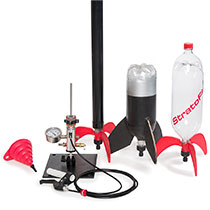 The soda bottle rocket just got grown up. Launch a bottle of pressurized water and air up to 350’, almost as long as a football field. This is way more fun than anything your teenager will do in their physics class. But this gives them a chance to learn about physics while having fun, faced with the opportunity to learn about propulsion, motion and more. And as they put it together, there’s even more learning opportunity involved.

When we got the sample in, I was sent home with it to get a better idea of how it works. And there’s a reason I recommended this. It is INCREDIBLE! It’s one thing to say it launches 350’, it’s another to see it go that far and be able to AIM IT. Just make sure to keep little kids out of the way, because this rocket has some force. It’s the kind of fun that a teenager would love and would get excited about (or a grownup for that matter).

Wheelson: Build & Code Your Own Self Driving Car 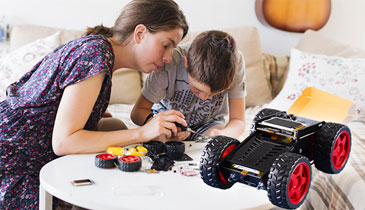 This is for the teenagers who’ve outgrown RC toy cars but haven’t outgrown an interest in the future of cars. For the teen who knows all the tech-speak, Wheelson should be right up their alley. They can build their own self-driving car packed full of the technology that’s found in only the most advanced cars of today.

They can build the car of the future before they even have their license. They’ll also be able to gain a perfect understanding of computer vision and learn how cars can maneuver obstacles on their own. Just note that Wheelson does require some soldering and the iron is not included.

I was super excited when Wheelson came in. Even though I was still in high school a few years ago, I never played with or understood anything like this. But it would have been so cool! I went to school with plenty of techies who would’ve been so excited to get their hands on this. It’s the perfect gift for those who can’t take enough tech classes in a semester. 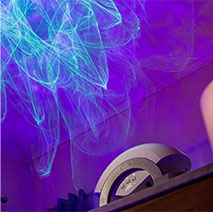 Any astronomy or sci-fi nerd would appreciate this calming view of a nebula and aurora. This projector takes a spinning image you’d only find on NASA and perfects it for movie nights and hang outs. It just sits on any desk or table and plugs into the wall, easily producing a rotating space view with easy-to-toggle-through options to get the perfect look.

I actually have one of these sitting in my bedroom that I love to turn on at night or when I’m just hanging out. And while I’m not a teenager anymore, I have it on good authority that this would be a perfect addition to any teen’s bedroom.

Too cool for most adults, the too-cool teens are immediately interested. Jay-D will turn your teen into an audio engineering, sound mixing master – after some practice. But first, they have to build it, giving them an inside look at mixtables (an essential piece of DJ equipment) and how they work. Note that assembly does require some soldering, and the iron is not included.

I’ll come right out and say it, I have no idea how this works. Your child will though. They thrive on technology, and this is the kind of think that they’d love to show off to their friends. Especially the music that they make. I’d recommend this for anyone who LOVES music, especially the production side. 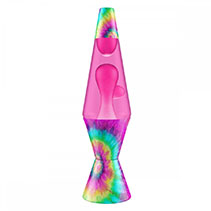 Perfect for desks, dorms and bedside tables, lava lamps are back in and cool – but were they ever out of style? Once they turn it on, your teen will think it’s as cool as you did when you were younger. It’s a perfect addition to any bedroom and provides a perfect light for movie nights.

When I was younger, I always wanted a lava lamp, and this would have been a really cool one to have! Funny enough, I still don’t have one (I don’t have the space), but if I did, I’d get this one. The pink on this is perfect!

But if your child isn’t as big on pink as some people (like myself) but would still love the psychedelic, mesmerizing vibe, we carry several other lava lamps to consider.

What it Boils Down To

The most intimidating part of shopping for a teenager is getting started. Once you use these ideas to either check off your list or as a jump off point, you’ll have no problem getting something for everyone on your holiday shopping list.

If I had to pick, I’d say my favorite is the StratoLauncher IV Deluxe because that’s fun for your teen and you. But there’s definitely plenty of games, goodies and more to choose from. If you’re still having issues finding the perfect product, check out our age section dedicated to teens.