A Closer Look at the “Holes” in the Sun

If you’ve ever looked at the detailed pictures that NASA releases of the sun you may have noticed many of these images show seemingly growing holes in the sun! Do these holes in the sun mean it’s the end of the world as we know it? Definitely not. 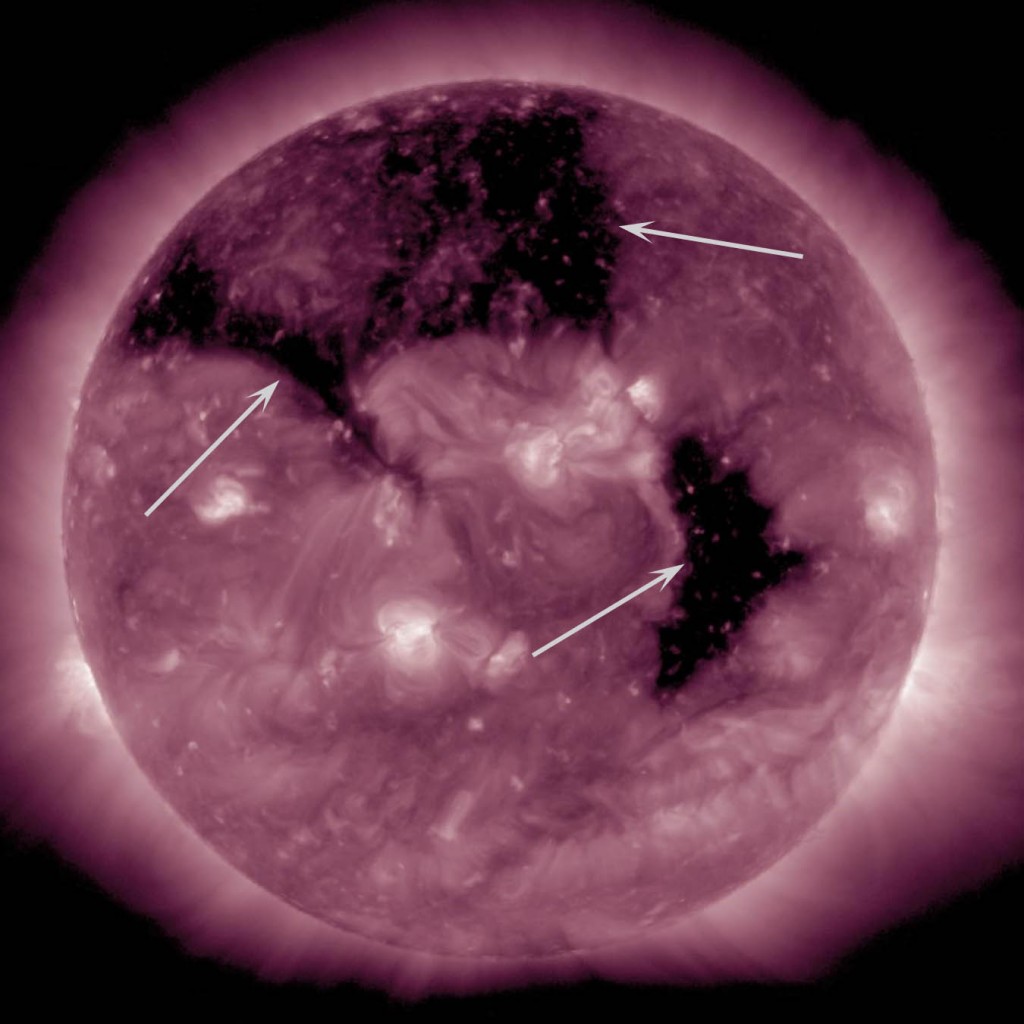 What are These Holes?

These holes in the Sun are known as Coronal Holes. For starters, these images of the Sun, where the Coronal holes are visible, are images captured by NASA’s Solar Dynamics Observatory (SDO) which uses a UV wavelength we are not able to see with the human eye. So if you’re ever looking to see these holes with your own eyes, you’ll find yourself to be quite unsuccessful (that being said we also advise against staring directly at the sun).

These holes are not holes in the sun technically but are present due to inconsistencies throughout the sun’s magnetic field. If you look at the image you’ll notice brighter areas. These brighter areas are where the magnetic pull of the Sun is strongest and closest, capturing the highest amount of hot, denser gas. Areas in the images where these “holes” appear are where the magnetic pull of the sun extends into space, letting some gasses and particles quickly escape into space. (So yeah, the “holes” aren’t technically holes).

What Does This Mean for Us?

In light of fake news circulating Facebook, we are here to dispel any notion you may read that these holes in the sun are signs of a sure apocalyptic ending in the near future. When these Coronal Holes are created, Coronal Mass Ejections (CME’s) occur and release a burst of particles into space towards our Earth, it will usually take about 2-3 days to reach near-Earth space. There, these gas particles may disrupt Earth’s magnetic signal causing particles to pull towards the North and South poles. Will these particles cause our sure demise? Of course not!

These particles being pulled towards our poles are responsible for the beautiful Auroras we’ve come to know as the Northern and Southern Lights!

(Side Note: Coronal Mass Ejections, CME’s, are not the same as Solar Flares! Solar Flares are bursts of X-Rays and energy which travel at the speed of light in all directions. CME’s, as we just discussed, are a cloud of particles being released hurled into space at a point of weak magnetic pull.)