This morning China launched 2 astronauts into orbit at the Jiuquan Satellite Launch Center in Northern China. Jing Haipeng, 49, and 37-year-old Chen Dong will spend 30 days docked on the Tiangong 2 space lab. This experimental launch serves as part of a larger overall plan to have a permanently manned space station by 2022 and some have speculated that this and prior missions have been laying the groundwork for china’s own crewed trips to the Moon and Mars.
(China was originally excluded from the International Space Station due to concerns over the militaristic nature of its space endeavors.) 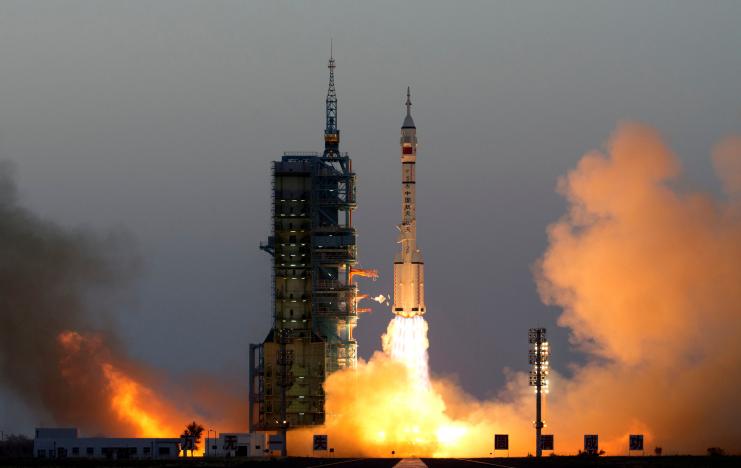 It will take about 2 days for the astronauts to reach the orbiting space station, where they’ll remain for a full month, the longest manned mission China has ever had. While in orbit Haipeng and Dong will analyze plant growth in space, observe Silkworms behavior in space (a middle school student’s idea) and using ultrasounds, study the affects of living in space on the human body.

China invited a small number of foreign journalists to the launch that they were obviously proud of. Some have said China’s advances seemed to be simply showing off and flexing the muscles of their ever-growing country, but they had pride in this launch that journalists reported as different. The Chinese scientists and astronauts seem to be genuinely excited to use these missions as to advance knowledge internationally, as they advance their space program.

The whole world seems to be focusing on an advancement of Space exploration and we’re eager to see the discoveries that will be made in the near future!