Finding Mars with the Astroscan® Millennium

After people learn about my astronomy and astro-imaging hobby they start asking about all the different objects you can observe when looking through a telescope.  While everyone at some point brings up looking at the Moon, the object I’m most asked about looking at with a telescope is Mars.  With Mars being our neighbor in the solar system, and it having such a large place in pop-culture, it’s only natural this is the first thing so many inquire about.

The good news for everyone interested in Mars is that for the rest of 2016 and early 2017 it is easy to spot in the clear night sky.  So while many of us are disappointed as the days start to grow shorter in the late summer and into fall, I get excited, an earlier sunset means I can start my viewing earlier.

When this Millennium 101 blog is published in August 2016, Mars can be found easily at just after dusk with the naked eye.  Start by looking in the southern sky and then up about 20 degrees above the horizon, here you will see Mars live up to its Red Planet nickname as it’s the only object in this area of the sky with that famous red / orange glow to it.  As we move into Fall and Winter, Mars will stay about 15 – 25 degrees above the horizon but drift from the south to a more southwestern location in the sky as Fall changes into Winter.  If you’re having issues locating Mars make sure you reference the Star & Planet Locator that is include with the Astroscan® Millennium

Since you’ve already aligned your red-dot finder, you’re good to go and use it to line up Mars.  Before looking through the eyepiece though for the first time, there are a few things I’d like to let you know.  First is do not expect to be able to see craters and all the fine details like you are able to when viewing the moon.  Mars averages about 140 million miles away from us here on Earth.  Even when Mars is closest to Earth, it is still 33.9 million miles away and gets as far as 248 million miles away from Earth). Because the distance can vary so much both its size and brightness will change in the night sky.  To compare, the Moon is only about 238,900 miles away.

Even with a larger telescope than the Astroscan® Millennium do not expect to see the same types of images that you see might expect after seeing the detailed shots of Mars that NASA shares with us online and in print.  Along with distance, the atmosphere on the red planet, unfortunately, prevents this type of detail from being seen here on Earth. 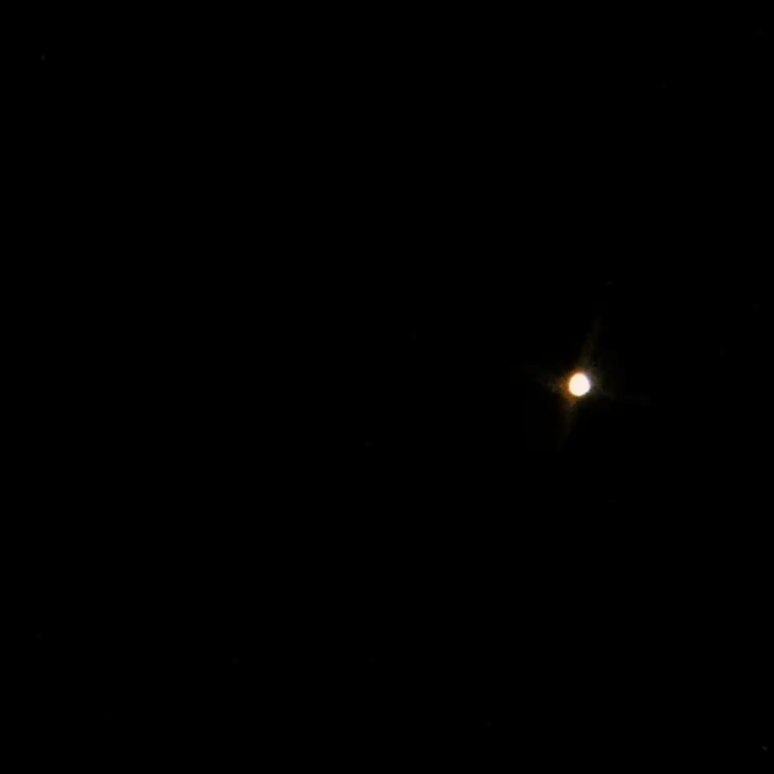 Mars Captured With An iPhone6

So what should you expect to see?  First, starting with your 17mm eyepiece you’ll notice Mars is almost a rust orange / butterscotch color, not a true red like many think it to be.  This color comes from the layer of dust that covers the planet is full of iron oxides.

Even though its smaller than Earth and 140 million miles away, Mars is still too bright to easily make out any specific details with your Astroscan® Millennium. While not needed to enjoy viewing Mars, Scientifics Direct does offer a Celestron Accessory Kit that along with a 2x Barlow lens, 15 mm and 6 mm eyepieces, also includes two color filters (Red & Blue). 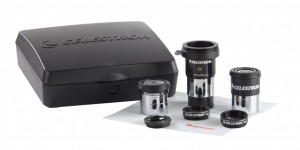 These filters will help in highlighting the features on Mars as well as Jupiter, and Saturn.  This allows you to start to see some of the dark regions on Mars.  These dark area are Martin crater fields, and their appearance will vary over time as the winds on Mars will cover, and uncover, them with the Martin dust.  Given the right conditions, you may also see white polar ice caps as well!

Mars and Earth share a lot of similarities that most new astronomers didn’t realized before getting into the hobby.  First, Mars takes 24 hours and 37 minutes to rotate on its axis.  Meaning if you view Mars at the same time every night for a month you would be viewing the full surface of the plant.    The axis of Mars is very close to the one here on Earth, allowing for season to be present on the red planet!  While everyone knows it take just over 365 days for the Earth to revolve around the sun, Mars in contrast takes almost 687 Earth days to make the same journey!