Return Flight from the Moon

On July 20, 1969, the Apollo 11 reached the Moon. Millions watched as Neil Armstrong and Buzz Aldrin took their first steps on the surface. The United States had reached the Moon before the Soviet Union, and the first part of President Kennedy’s objective to the nation, of “landing a man on the moon and returning him safely to the earth,” had been fulfilled.

Now the three-man crew needed to get home. 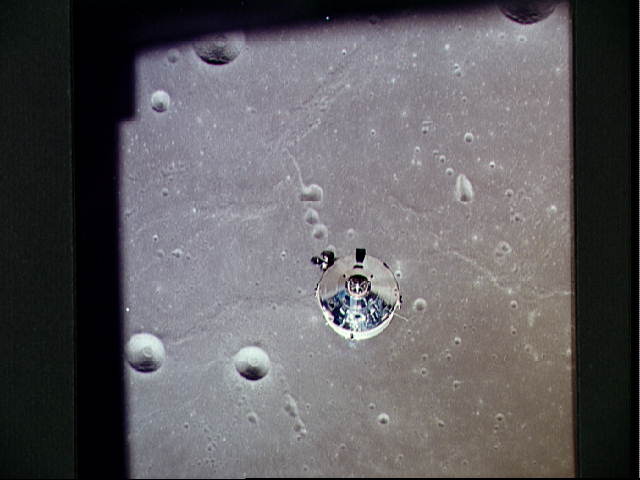 After jettisoning the Lunar Module Eagle shortly before leaving lunar orbit and intentionally breaking off from the Service Module during the beginning of reentry, all that remained of the Apollo 11 craft was the Command Module Columbia, a truncated cone shorter than 11 feet in height (the Saturn V rocket that launched the Apollo 11 into space was over 300 feet tall).  Columbia served as the crew quarters for the entire flight and housed most of the spacecraft systems, including the Earth Landing System. Michael Collins had stayed aboard Columbia in lunar orbit while Armstrong and Aldrin used Eagle to explore the Moon’s surface.

Columbia would have to put up with great temperature change during the mission; from the heat of launching from the earth’s surface to the cold of space, to taking on the direct heat of the sun, as well as the extreme heat of reentry. The temperatures would range between 280 degrees below zero and 5000 degrees above. To combat the temperature extremes, an ablative heat shield was used around the entire command module. The heat shield was designed to melt and erode away with the rising temperatures, taking the heat with it.

This heat shield was also covered with Kapton tape for added insulation. Developed by DuPont, Kapton is a polyimide film that is capable of withstanding extreme temperatures and hold up in these conditions. Kapton material was also used on the lunar module, as well as the astronauts’ spacesuits. Kapton is still used today for microelectronics, including flexible electronics and smartphones.

The chemical structure of Kapton. Image courtesy of Wikipedia.

As Columbia reentered the Earth’s atmosphere, it would appear on the outside as if the module was in a ball of flame, but on the inside, the astronauts were safely protected from the heat as it was repelled away with the melting shield. Columbia dropped into the Pacific Ocean on July 24, 1969, just before dawn local time. All three astronauts returned safely to the Earth.

While a lot of the heat shield and Kapton material burned up, a fair amount of it did survive reentry. Limited quantities of Kapton foil from the lunar missions have been known to go on sale. Interested buyers are always encouraged to make sure such items include certificates of authenticity when looking to own a little piece of history. It’s a marvel of technological advancement that such a thin reflective foil could make the difference between life and death for these intrepid explorers. 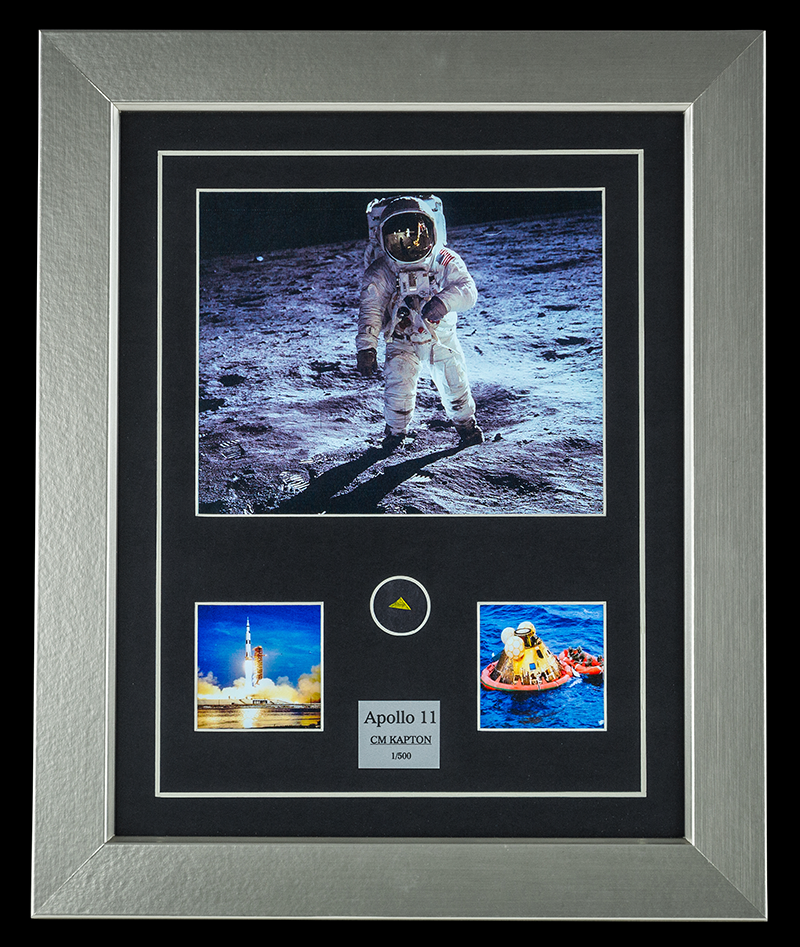 A collectible remnant of the Kapton foil from the Apollo 11 Command Module, which includes Certificate of Authenticity. Available for a limited time at Edmund Scientifics.