The Death of a Martian

The ExoMars Landing doesn’t seem to have gone as planned…

Mars has seemed to be quite a hot topic recently and this week proves to be no different! Yesterday the European Space Agency, or ESA, successfully inserted a craft, the Trace Gas Orbiter (TGO), into the orbit of Mars. This orbiter was designed to launch the Schiaparelli Entry, Descent, and Lander module (EDM) to the surface of Mars. Unfortunately, upon its descent, something went wrong and the ESA lost contact with the Schiaparelli. Although nothing has been confirmed, all signs point towards the untimely “death” of this Schiaparelli Martian.

What Was Supposed to Happen? 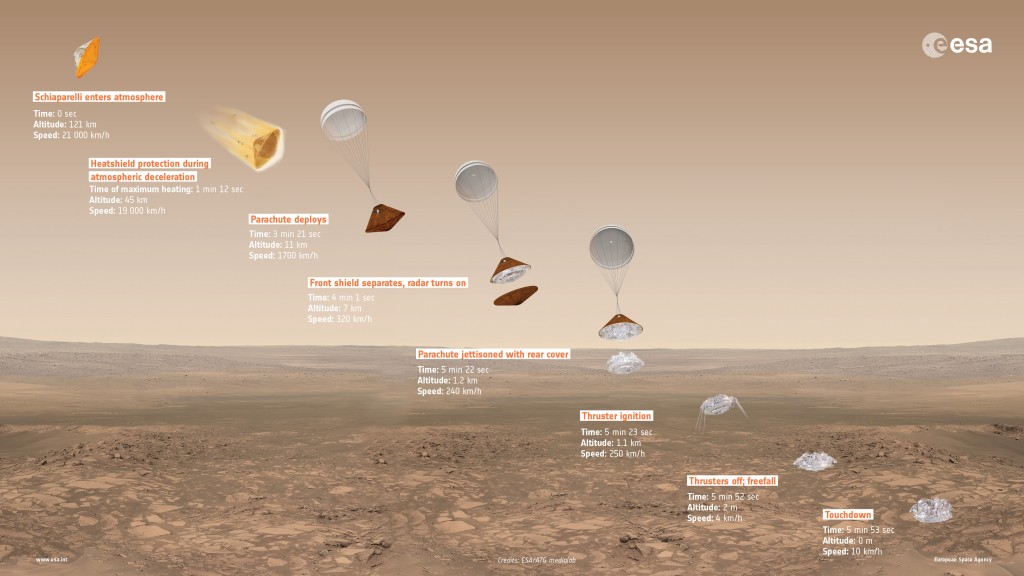 Simply speaking, the picture above perfectly illustrates what was supposed to happen. It doesn’t look like it did, however.

We’re not sure! What many speculate is that there was a simple timing error with the landing. Some say that the parachute deployed too early leading to thrusters igniting too early, hence leaving too far of a free-fall before touchdown for the lander to survive. b Until we have an official statement from the ESA, it seems all we could is sit and speculate on the status of the EDM. For now, a small fleet of Mars-orbiting satellites (including ESA’s Mars Express and new TGO and NASA’s Maven Probe and Mars Reconnaissance Orbiter) are on the search for the fallen Martian lander. 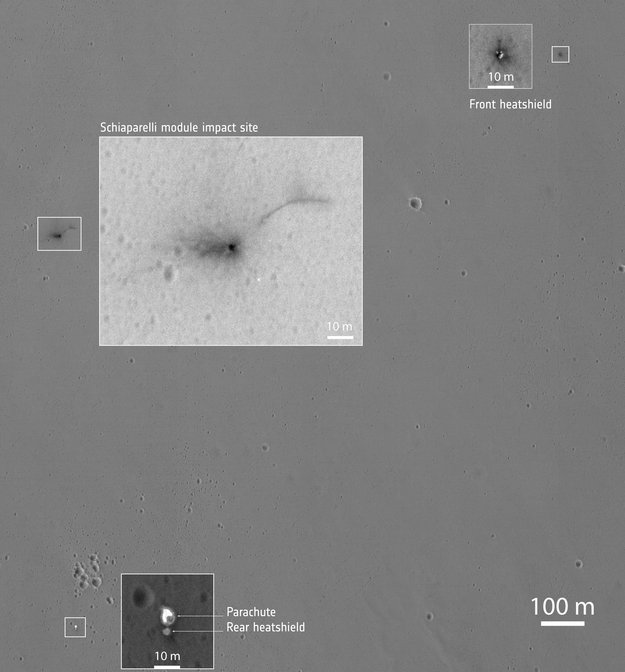 Photos released today show the confirmed crash site of the Schiaparelli. Suspicions were confirmed that there a mishap during the landing. It appears that the lander hit the surface of the Red Planet faster than planned, but also with much more horizontal movement than vertical leading to the spread out debris shown in the picture above. Exact reasons for the horizontal propulsion are still not confirmed, but more than likely stem from a propellant tank exploding launching it horizontally.